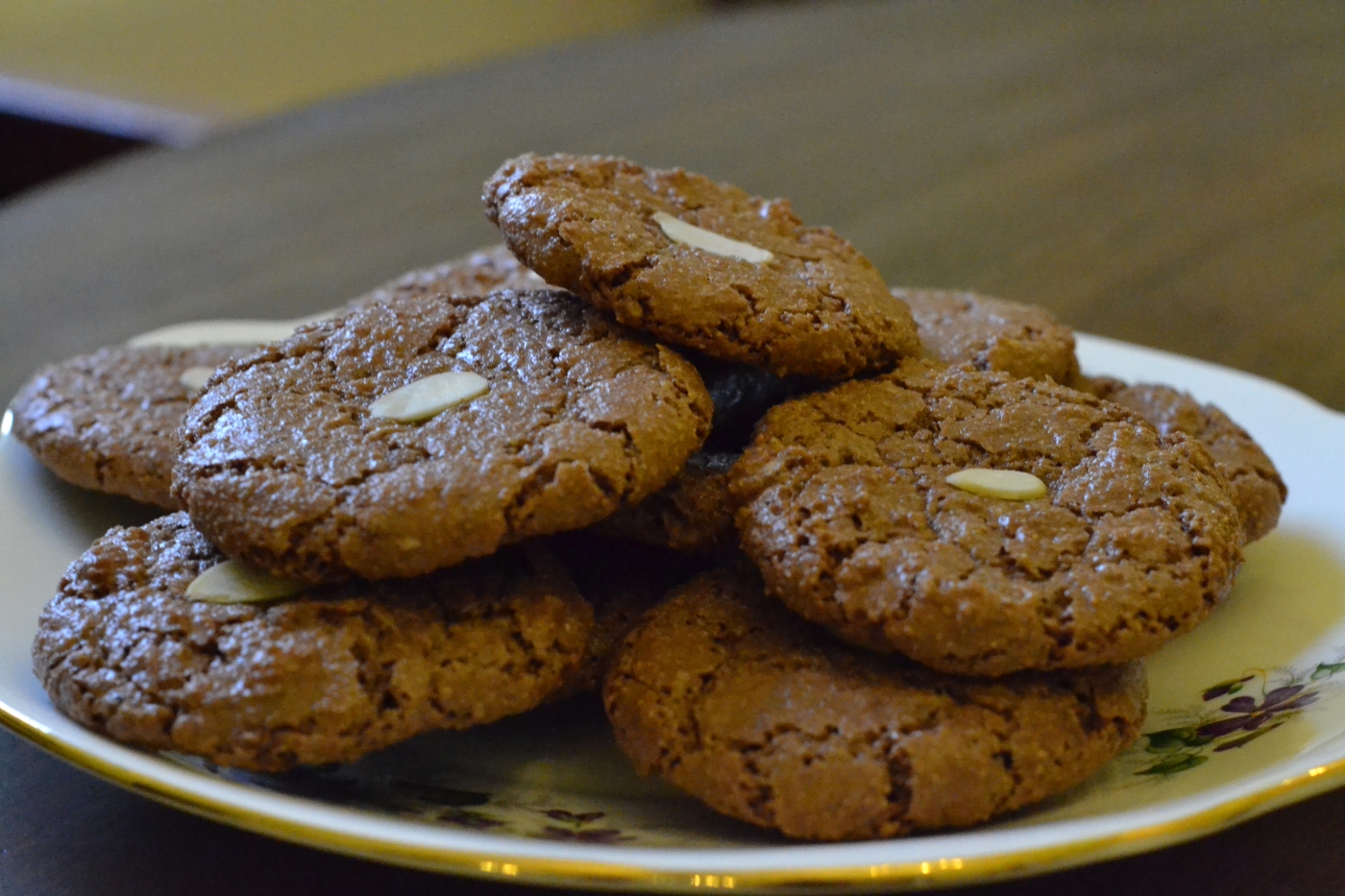 My mother and I had a massive argument about what macaroons were – I said they were coconut pyramids with a glace cherry on top and she said they were almond based chewy biscuits which you baked on rice paper – not unlike the ones in the recipe below. Turns out we were both sort of right.

Macaroons can be either – they are small rounded sweet treats typically made from ground almonds, coconut or other nuts with sugar. Sometimes they have glace cherries, jam or chocolate appended to them, sometimes they are cooked on edible rice paper.

These should not be confused with macarons which are also made from ground almonds but are lighter, made with egg whites and icing sugar and sort of meringue-like. You know the ones –  those expensive and brightly coloured dainty treats that were really fashionable a few years ago.

Problem is the words are basically used interchangeably, much like Constance does in the recipe below

Clear? No, me neither, let’s just crack on with the cooking

Work ingredients well together: roll into small balls and put on to greased and floured baking-sheets. Flatten out, put an almond on to each and bake in a slow oven 20-30 minutes. These macaroons may be baked on paper, and then taken off by means of water run under the paper whilst the tins are still hot.

I made balls a little larger than a walnut and flattened them to about 2in in diameter – they basically doubled in size making biscuits of about 4in. I cooked them at 150 degrees and they were done in about 25 minutes. As an added bonus, they peeled off the baking paper I had cooked them on quite easily so there was no need to faff about with running water.

The result was the perfect combination of sweet, chewy, almond-y goodness

Final verdict: this is a great little recipe, would make again